Is open the new closed? 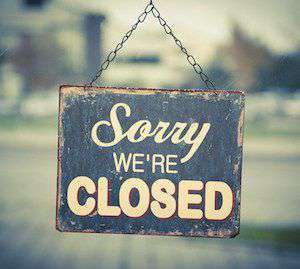 This post is nuanced and closely tailored to some of my thoughts on the increasingly popular question: “How to best monetize OSS in the enterprise?”.

After listening to the most recent ~30min long a16z podcast, I wanted to take the opportunity to document some point-in-time thoughts. Based on my observation, many view points promoted in the podcast are also starting to generally pick up across the software industry – in other words, this is less of an immediate reaction and more of an encouraging point of reference to get my thoughts out.

The podcast “Monetizing Open Source (Or, All Enterprise Software)” was published earlier this week by a16z’s always great Sonal Chokshi hosting two experienced folks in the enterprise software and OSS world(s?): Martin Casado, now a GP at a16z, formerly co-founder of Nicira which started the SDN movement and was acquired by VMW for $1.2B in 2012...

I am happy to share some exciting news! I am joining Quantum Corporation as Entrepreneur In Residence (EIR).

Over the past few years, I have spent the majority of my time working on, thinking about, talking about and obsessing over a single open source software project: Kubernetes (K8s). In late 2014 after seeing the project launch while I was working at Mesosphere, I was fortunate enough to help start and grow the first K8s startup (Kismatic) focused on commercial support, tools and services in order to bring K8s to the enterprise and grow the community, ecosystem, increase the maturity of the project and more. This significant early belief in and bet on K8s was grounded by a few fundamental convictions:

1) Distributed compute in many forms would continue to commoditize and become globally accessible.

2) Google would set the quality standard and radically raise the bar for... 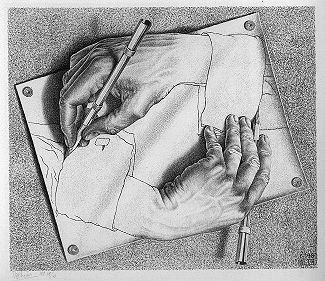 This sea change in software innovation has manifested and been driven in a few interesting ways, of note:

Why CNCF? Why now?

I was asked on Twitter why the Cloud Native Computing Foundation should exist… Instead of responding ala Tweetstorm, I thought I would write a super quick blog post.

There are a few important reasons, but I will focus on the main one that I really care most about: Decoupling Kubernetes from Google.

It is no secret that Kubernetes is one of the fastest growing open source projects around, perhaps ever. In any category, not just distributed systems or infrastructure software. The growth rate is essentially on-par with Docker’s first year of contributors and commits. It is absolutely explosive.

Having said this, Kubernetes is still in its infancy having just reached v1.0. There are many years to go before the project grows into what its creators (Google) had in mind when open sourcing it a year ago. To that end, in order for Kubernetes to reach its full potential, it MUST be a...

After strangely being blocked from commenting on the InfoWorld article below, presumably by its authors, I thought I would post my thoughts here on my blog.

This is actually an interesting and informative article written by some very forward-thinking and operationally experienced venture capitalists!

However, let us give credit where credit is wholly due: The notion of treating an entire datacenter as a computer and/or operating system that abstracts low-level primitives like individual containers, VMs, machines, racks and rows was invented out of necessity by Google. Why necessity you may ask? Well, because Google is one of only a handful (among Facebook & Microsoft) of companies in existence to have essentially been forced to deal with extreme scaling and distributed systems...

There is still a lot of codification to be done in terms of the various layers that exist in todays “cloud stack”. SaaS, PaaS, IaaS, BaaS, AaaS… All of these terms are still fairly blurry.

To hack at solving this for a friend, I put the following deck together earlier in the year.

I learned a few very interesting things.. The most dense slides are where the greatest amount of industry consolidation (M&A) is happening. For example, just 60 days after completing the deck, there were already 7 companies (logos) listed that were acquired for an aggregate $400M+.

P2P Innovations - Things that catch my eye in the emerging ecosystem that is developing around peer-to-peer systems from Bitcoin to Uber to distributed systems / databases, etc.

Startup ecosystems - Many of the new exciting trends in computing revolve around social, mobile, cloud, data, sensors and more. These trends spawn a great deal of companies to take advantage of how companies invest in technology to solve their challenges… I’ve always been very fascinated by how these companies emerge, the impetus behind them, the timing when they enter the market and start to acquire customers, etc.

Distributed systems - It is my belief that all new software applications built in the modern era...

Earlier this year, Gartner said that Web-Scale data centers will completely re-invent how 50%~ of Enterprise customers operate by 2017.

In thinking about how (software) technology adoption occurs, I’ve observed an increasing divide in applications and automation platforms really built for two distinct kinds of users: Enterprise users and Web-Scale users. I’d put the former in the “20th century” category and the latter in our modern era (2010-present +).

Examples of Enterprise companies include, but are not limited to: Western Union, Walmart, HP, Nike, McKesson, etc.

Below are what I think some of the biggest differences are in terms of how these two types of companies adopt new technology. The four phases in column A are very dense and can be dissected further in a future...

For as long as I can remember, I’ve always been attracted to thoughts / ideas / inventions that have extremely broad-based applicability. Most of the media I’m interested in consuming (and now, hopefully, producing) directly relates to things that impact the future of how people work and live.

It is from this lens that I will try to post about things I have observed and/or experienced that I feel can make a lasting and positive impact on the world.